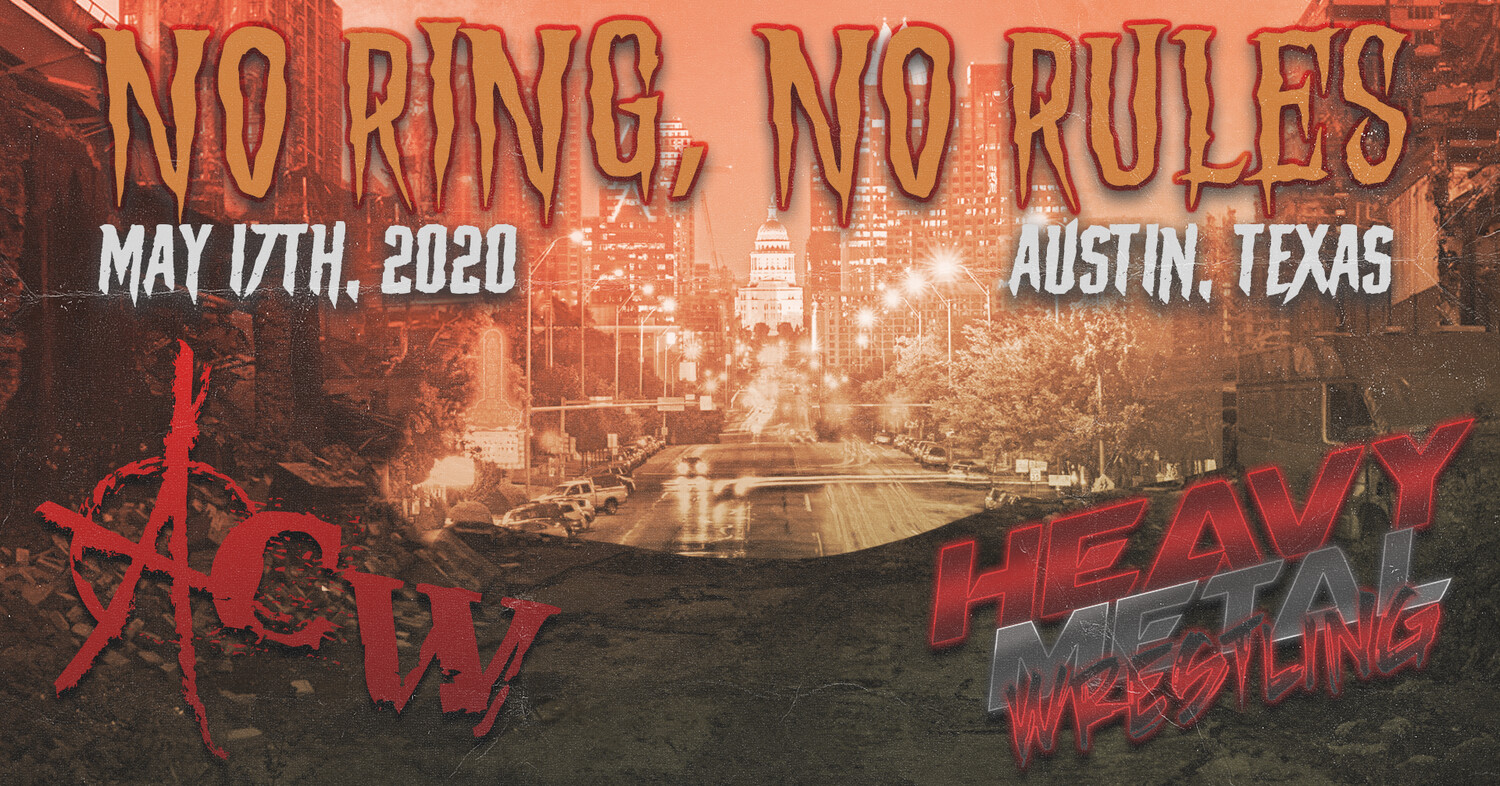 NO RING, NO RULES IN AUSTIN, TX! - General Admission Tickets

SKU 00075
$15.00
In stock
1
Product Details
The famous NO RING DEATH MATCH comes to Austin, TX when Heavy Metal Wrestling joins forces with Anarchy Championship Wrestling!
In February, San Antonio played host to the state's first No-Ring Death Match and it was, by far and away, one of the most violent nights that Texas had seen in quite some time. Now, we up the ante with a little help from our Anarchist friends in Austin, Texas!
Already confirmed to appear:
- "The King of the No-Ring" CASANOVA VALENTINE
- "The Heavy Metal Berserker" RUBEN STEEL
- GREAT SCOTT
- "The Dangerous Dame" ALI BAMA
- "The Dirty Dick" JEFF GANT
- THE GOD DAMN BIRTHDAY BOY THOMAS MUNOS
- And so, much more god damn mayhem that we can't wait to release over the coming weeks!
Get your tickets at HeavyMetalWrestling.com!
Save this product for later